Drum major and characters of the children's tamborrada 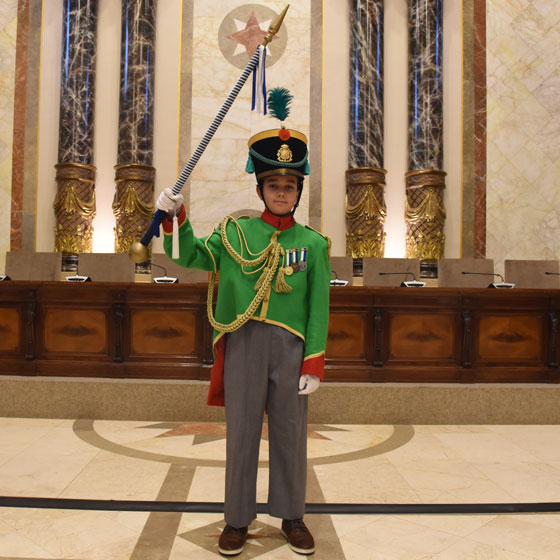 The figure of the Drum Major represents the highest authority of the Children’s Tamborrada. They wear the uniform of the tamborrada to which they belong, but with a distinguishing feature. They conduct the tamborrada from the City Hall balcony at 12 midday on January 20, marking the start of the children’s parade before it leaves to march through the streets of the town centre to the sound of the marches written by Sarriegi. Their position as Drum Major is acknowledged with the presentation of a mace staff by the city Mayor.

The figures of the General and Adjutant of the Children’s Tamborrada were born when it began in 1961. The existence of these figures corresponds to the characteristics of society in the San Sebastián of the time and to the manner in which the parade was initially configured: this was a children’s parade, composed of different types of military uniforms, recreated in the city’s historical evolution during the 19th century. The General and his Adjutant are therefore the highest authorities of the troops gathered in Alderdi Eder. Their uniform is different from those of all the participating companies and they follow the route on horseback. The General also harangues the troops from the balcony of the City Hall, instructing them to parade in an orderly fashion and to enjoy the festivity. 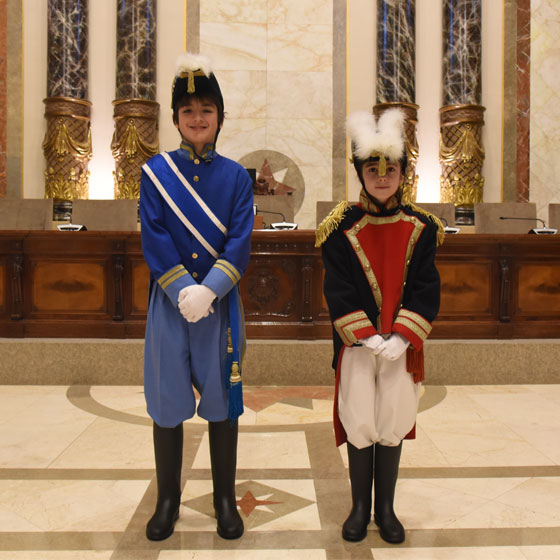 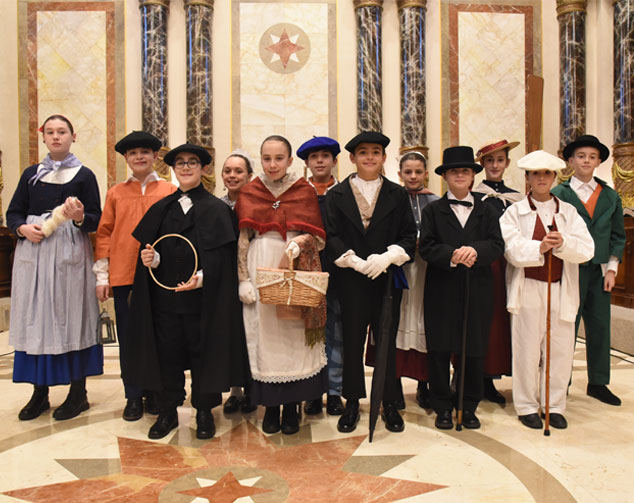 Characters of the Children's Tamborrada 2023

Ever since its beginnings the Children’s Tamborrada has incorporated a carriage which, somehow, reflects the society of Donostia in each period, largely due to the people who ride in it.
Initially only girls would travel in the carriage: the Bella Easo and her Ladies-in-Waiting, as exponents of the beauty of the local women.
With the passing of time, participation was opened to other genders and the composition of those riding in the carriage was updated to accommodate them and to remove, gradually, gender stereotypes from our celebration.

This means that we now have a new concept of carriage whereby the people riding in it represent the city’s festive life and some of the trades typical of our environment during the 19th century. The one we would particularly mention from among them all is the figure of the mayoress, a character taking her inspiration from the 19th century carnival representing the authorities.

Characters of the Children's Tamborrada 2023

A stable lad was, in days gone by, a servant who would lead the horse by its bit. The Spanish word, palafrenero, comes from «palafrey», a kind of gentle horse usually ridden by the servant when accompanying his master on horseback.

Stable lads of the Children's Tamborrada 2023 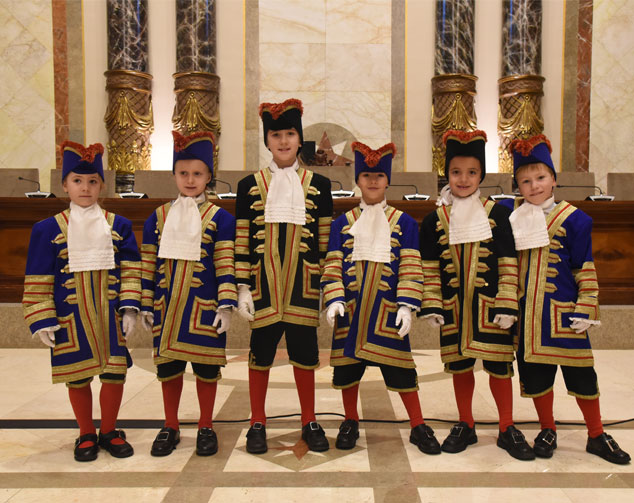